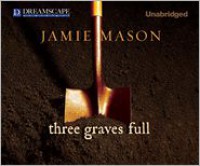 It's not often that you see an adult male protagonist who is not an "alpha male" in a suspense/thriller/mystery book. I liked that Jason represented males who are scoffed at, derided, bullied, and dismissed. It made him seem more human, more fragile, and frankly, made his crime more believable. Oh, and I also really appreciated that no children were abused or killed in this book, and that no women were raped! What a concept! I wasn't even sure that suspense novels were even written without at least one of those elements any more!

I did have a couple of problems with the book, though. First, I do not think that Jason should have gotten away with his crime--yes, he may have felt pushed to it, and yes, people do kill in a moment of loss of control, but the fact remains, Jason did kill someone. I also didn't think that Leah's reaction when she learned that Jason was a murderer was at all authentic or realistic. Honestly, who would decide to help a murderer cover his tracks after only knowing him for a few hours and in a highly dangerous and volitile situation?. I did enjoy the story, however, and would definitly read more by Jamie Mason.
Tweet