My Man Jeeves / by P.G. Wodehouse ; narrated by Simon Prebble 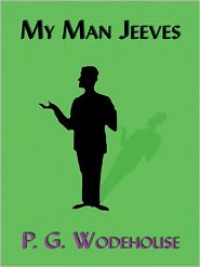 My Man Jeeves is comprised of eight short stories.  Four of them feature Jeeves, four do not.  All of the stories were entertaining, but I liked the once that featured Jeeves much better, and I wish the whole book had contained stories in which he was a character.

This collection reminded me of Black Adder the Third starring Rowan Atkinson, Hugh Laurie, and Tony Robinson.  The humor was similar, and the nature of the characters was similar.  My Man Jeeves was good, solid entertainment, and was well narrated by Simon Prebble.